KS Contract with Embarq-CenturyLink Extended Through 2012 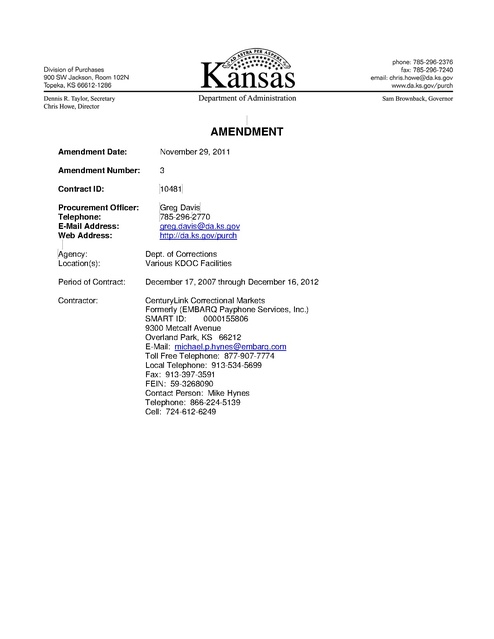 On the heels of a May 2021 decision by federal regulators that sharply lowered rates prisoners and their loved ones pay for interstate calls, the California Public Utilities Commission (CAPUC) adopted a rule on August 19, 2021, which takes a hatchet to rates on intrastate calls—the lion’s ...

A review of the Federal Communications Commission (FCC) report and adopted order on rates for interstate inmate calling services (ICS), released May 24, 2021.

When this rule takes effect—90days after its release—ICS interstate call rates will be capped at 12 cents per minute for prisons and 14 ...

On August 18, 2021, a lawsuit was filed in the circuit court for Cook County in Chicago, Illinois by the Human Rights Defense Center (HRDC), the publisher of Prison Legal News (PLN) and Criminal Legal News (CLN), accusing the Illinois Department of Corrections (IDOC) of failing to ...

The Fight Over Cellphones in Prisons Rages On

The COVID-19 pandemic and resultant shut-downs have focused attention on the need for connection between all members of society, and for many prisoners, denied in-person visits, a contraband cellphone has helped them keep in touch with family. But that didn’t stop the Mississippi Supreme Court from affirming ...