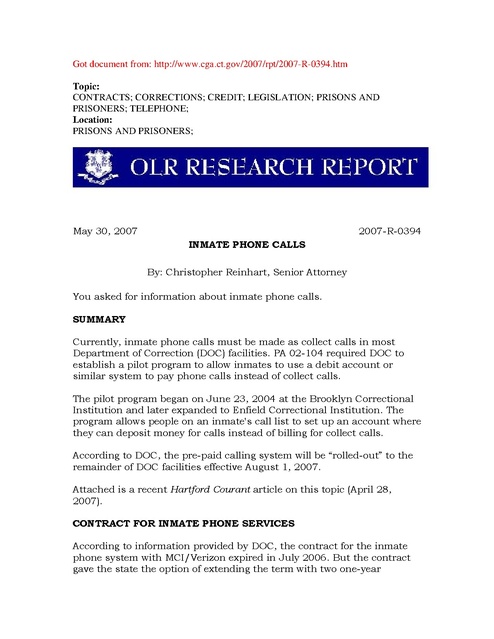 The Catalog of Carceral Surveillance: Monitoring Online Purchases of Inmates’ Family and Friends

by Cooper Quintin and Beryl Lipton

This article was first published by the Electronic Frontier Foundation on September 7, 2021. It is reprinted here with permission.

Prison wardens and detention center administrators have, for years, faced what they believe to be a serious problem. While they can surveil every ...

In a news cycle dominated by reports of war, plague and insurrection, a single press announcement from Global Tel*Link (GTL) managed to convey some of the oddest news of all. Flash: The creators of the nation’s most beloved children’s television show are joining forces with GTL, the ...

PLN has been reporting on the prison phone industry for at least the past 30 years, from its inception to its current stranglehold on most means of human contact between prisoners and the outside world. This month’s cover story by Alan Prendergast reports on the public relations ...

When prison telecom company Global Tel*Link (GTL) agreed to slash the price for calls that it charges detainees held by the Miami-Dade Department of Corrections and Rehabilitation (DCR) in November 2021, it was only because advocates of the incarcerated convinced county officials to forfeit kickbacks the firm ...